I stand in my parents living room, staring at the TV.  I’m frustrated.  Tired.  I rub my eyes, look at the ceiling and sigh.
That’s when I knew I couldn’t take it anymore.
In the past few weeks I’ve been in Michigan, my parents have consumed steady diet of old westerns.  Western movies.  Western TV shows.
Lawman, Cheyenne, Brett Maverick, Gunsmoke, The Rifle Man, The Virginian …
For at least 10, if not 12 hours a day, every episode of every show goes in the same pattern.
Someone is murdered.
Bad guy does bad things.
Women scream.
Women get slapped.
Good guy shoots bad guy.
Bad guy dies.
Everyone laughs at the end.
In other words, death death death and more death.
Every day.  Day after day.  Week after week.
And mom wanted to stop me from watching the Coyote Road Runner show because it was too violent?  I guess I missed the episode where road runner slapped a woman for screaming.
On this trip, there’s this somber air that permeates every corner of the house.  It feels sad.  Depressing.  Stressful.
On Christmas morning, I walk out of the bathroom.  My morning grooming ritual complete.
And there it was.  Blasting on the boob tube.
Someone is murdered.
Bad guy does bad things.
Women scream.
Women get slapped.
Good guy shoots bad guy.
Bad guy dies.
Everyone laughs at the end.
I rub my eyes.  I look up at the ceiling, letting out a big sigh …
I
Couldn’t
Take
It
Anymore
I found the remote, held it up in the air, like a Gladiator holding a spear after a victory.
“Today I take control of the remote!  It’s Christmas!  We do not murder on Christmas!  We do not count body bags!  Today we will do what most families do … we will laugh!  We will have fun!  So saith Cliff”
With that, I changed the channel.
My parents, in the kitchen, turn to look at me.  Their faces stunned.
On some channel I never heard of before, there was a marathon of the Andy Griffith show.
And for the next six hours, we laughed.  Who can not laugh at Barney Fife?  Don Knotts is just too funny!  Even my dad laughed.  Out loud.  Which for those of you that know him, my dad does not laugh out loud.
Mom let’s out a “teehee” every now and then.
And for that one day, the air in the house changes.  It’s light.  Airy.  Fun.  People are smiling.  Laughing.  Giggling.
The last episode of the day, of course, was a Christmas themed episode.  Heavily influenced by Charles Dickens “A Christmas Carol”.  An old man in the episode, intent on ruining everyone’s Christmas.  If he sees someone having fun, he reports to Sheriff Taylor the infraction and insists the person be locked up.  Finally Andy locks the old man up, for some minor infraction.
From his cell, he’s forced to watch as a few other prisoners enjoy Christmas with their families.  The families are poor.  A little boy comments about how few presents he received.
His father, locked up, reminds the boy that Christmas is about family.  Being together.
Finally the old man cracks.  He wants to enjoy Christmas as well.
I smile at the TV.  Out of all this humor comes a touching moment.  A character arc where bad turns to good.
For that one day, it felt great just to relax.  Enjoy.  To be in each other’s company and have a good time.
Christmas finally arrived.
Now if we could do something about the lack of snow …
By Cliff Duvernois|2019-01-01T10:13:19-08:00January 1st, 2019|Impact of the Day, Mind|0 Comments 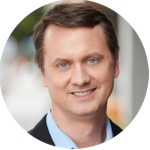